Contini Edinburgh // About // Blog // This is all so complicated 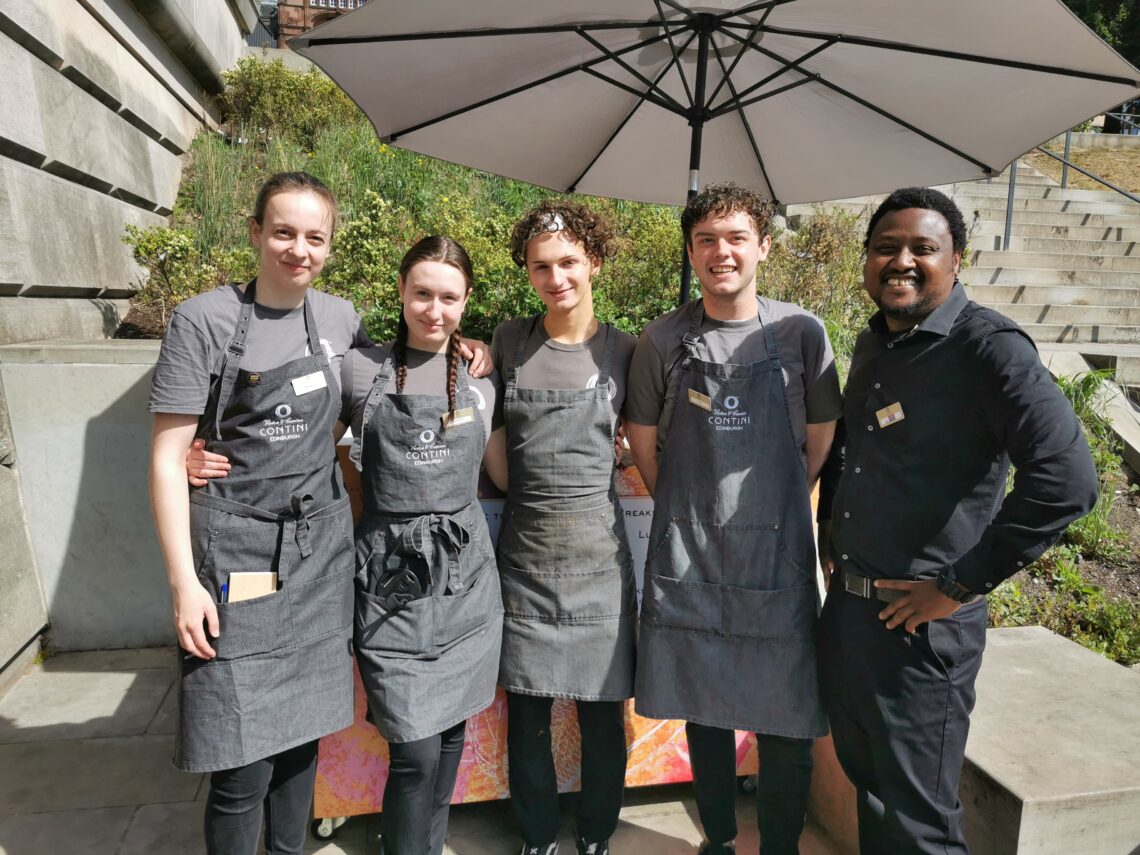 This is all so complicated

In a week when a new Bill of Rights is being presented to Parliament, when we had a perfectly good Human Rights Act (which incorporates the European Convention on Human Rights that we drafted in the first place) it’s maybe not complicated at all.

The best way I can think to describe this is needlework.  Bear with me.

On one side of a tapestry is the final image.  It can be created to be as beautiful as the threads that are sown.  On the other side are all the loose ends, ties and knots.

Our political establishment is directing the needles to create the image they want on the beautiful side and most of the public (from public and private sector workers) are left in the dark with the knots.

On the Bank of England’s website, let me summarise, it says that it’s the bank’s job to keep the prices of things low and stable, as this helps to support people’s jobs and incomes.  Rising prices is called inflation and the UK government has set the bank an inflation target. To keep inflation on target they change interest rates to affect the amount of spending and so help the rise and fall of inflation.

That seems simple enough. If you don’t control inflation you create cost of living pressures.  The caveat comes when you give the system a shock like the Global Financial Crisis in 2008 and you print a “little” money to get “us” through it.  Between 2009 and 2021 the UK has “printed” £895 billion worth of bonds in Quantitative Easing (a staggering £500 billion was spent since 2020). You add a Pandemic; you send the economy into shock by locking it down, creating a supply issue and labour crisis; then you add Brexit; a war in the bread basket of Europe and then Russia’s influence on the energy market comes at us like a red rage.   Money has been printed throughout but it’s been threaded into the wrong side of the tapestry.

Why are our trains on strike?   Is it because some parts of the public sector are questioning the picture of the tapestry on their side.   If the system the government has created isn’t working is it not the responsibility of us all to question the results? For the train signalman, ticket collectors and other workers, the unions have the voice to raise this.

Quantitative Easing supported the financial services market.  Asset values increased with QE.  It did help us get cheaper borrowing but it can’t leave us threadbare by charging us more now for the privilege because other factors have been added to the mix. I do remember high double digit interest rates of the late 1970’s.  Aimed to combat inflation but this was on the back of post war growth. Personal and UK debt was much lower then than now. Raising interest rates and curbing disposable income will only fuel recession this time round.  Those with no debt, savings or solid pensions may like higher interest rates, but it’s not the majority.  We need to grow out of this and the best way to do it is cut taxes for consumers and raise taxes on excessive profits. Tightening the stitches on the family side of the tapestries and increasing the cost of debt for business, that had to borrow to get through the Pandemic, is like sticking the needle in our flesh or worse cutting the threads that are already tied.   Britain is not unique to these problems but Brexit without a doubt is adding to our ability to grow our way out of this.  The knots and ties will get far tighter for some.

The miners strikes of the late 1970s served nobody well.   The train strikes today are directly affecting many individuals and businesses including our own, our team and our community but I can’t help thinking they have a point. Why in a world that is so connected have we so little communication in this situation?  The government should be facilitating a solution between the RMT and Network Rail. Why are they not? Do some like the noise as it’s a distraction from other matters? The Chief of Staff position for example.  I was offered the post but preferred cooking to needlework and I definitely didn’t like the other fringe activities that the role included, so it was refused. Nurses, teachers and other public sector bodies are all going to follow the train workers. The argument for me is not about having worked for the greater good throughout the Pandemic.  Sitting in the private sector and carrying the scars from the last few years, this argument doesn’t work for me.   Sharing a little of the beautiful image on the other side of the tapestry is the far more relevant argument.  I’ve read some details that public sector pay in real terms has fallen compared to private sector but public sector pensions are much better than private. These are complicated comparisons particularly for the lower paid sectors.

Both sides are tied together whether we like it or not.  A few days of dispute will be palatable for most but long term disruption will serve nobody well.   We need to focus, compromise, be reasonable and get those needles darning those holes.  We need to put some of those beautiful stitches on the other side of the tapestry.  It’s not complicated.

On a personal note, thank you all for your comments and words of encouragement each and every week.  You have no idea how it keeps me (and us) going.   Many of you share personal stories.  You sometimes, not always disagree which I’m always open to but I’m sure you would all agree that for some, times are harder than they need be.

Lovely Marjory wrote sharing an update on The Penicuik North Kirk Food Stores. They started 10 years ago to help children and families in the area who were having difficulty feeding their children, especially in the school holidays when free school meals are not available. The numbers have sadly grown each year. It is run by volunteers from Penicuik churches and receives donations from the community. I got an email to say they have very low supplies.  If you would like to donate a packet of pasta we’re going to try and match each one that is donated.  I’m saying try as I hope we’re inundated. If you can, because a few good pieces together can create a beautiful picture.  Drop off available at any of the restaurants.