Contini Edinburgh // About // Blog // Some fresh air would be a treat 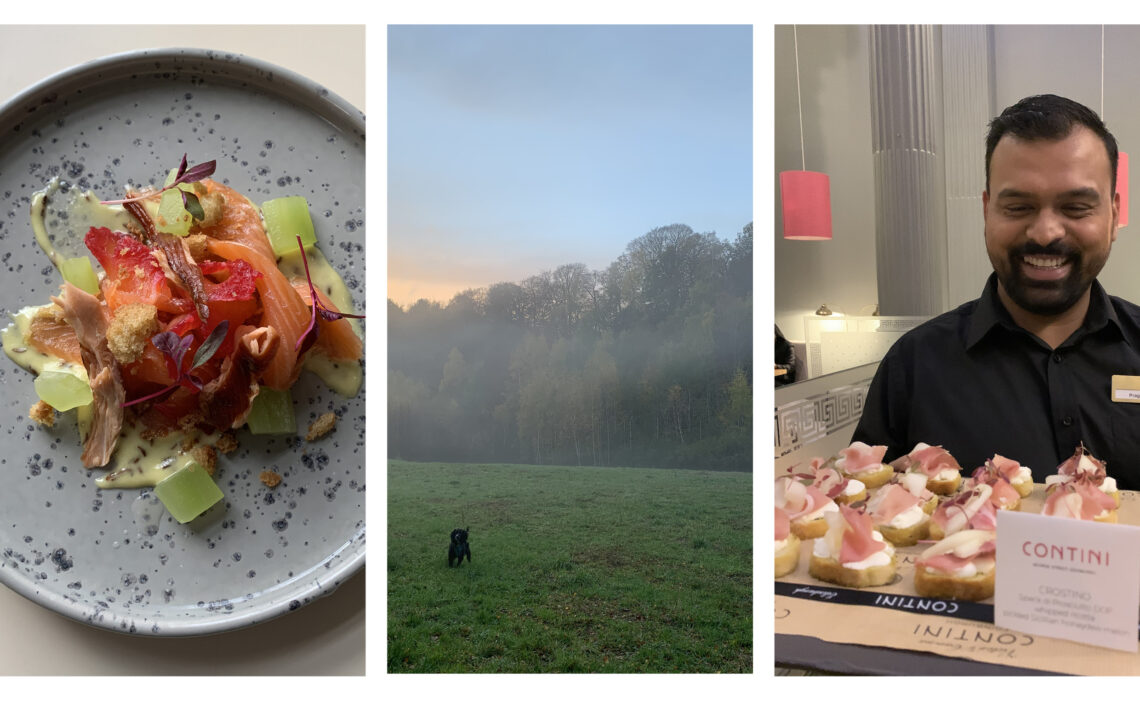 Some fresh air would be a treat

Some say we shouldn’t look back. A little health check to see if we’re heading in the right direction, can’t do any harm? Is it not easier to see where you’re going when you’re clear where you’ve been? Best way to judge performance perhaps? The PM wants us to judge him on his pledges to fix Britain. Is he brave or so big headed he’s blind to the truth. Let’s have a look at how the country did last year.

Three Prime Ministers; nine interest rate increases; self inflicted Cost of Living Crisis; highest energy prices on record; Chancellor and PM both fined for breaking lockdown; one painful VAT increase; unemployment lowest in last 50 years and the first time since records began there were more job vacancies than people unemployed; inflation hit a 40 year high; UK temperatures smashed 40’C for the first time on record; Sterling dropped to its lowest level against the Dollar since 1985 and we had our shortest serving British PM ever with one of the biggest pension contributions. Excess deaths reaching over 1000 a week. Longest NHS waiting lists and similar strike action dating back to the late 1970’s. We don’t need Higher Maths to add these disasters up. A bit like the number that appeared on my bathroom scales yesterday. Panettone plus mince pies equals too many pounds too much. I don’t regret the pudding choices but the other points are no prize to shout about.

On a less depressing note; the longest serving British monarch died and the oldest British monarch assumed the throne plus one Pope popped off just in time to catch the 2022 dateline. Federer and Williams have left us all slightly teary for tennis. Football 2022 gave us the best World Cup final ever, humanitarian tragedy aside. A year of extremes and many records. Records we should have never broken.

What can we learn from looking back at so much that is completely outwith our control?

Do we just accept our lot and get on with it? That does a massive disservice to many who are left with not enough in the first place.

Our politicians north and south of the border should be the force to move the dial and rebalance. Have Downing Street residents enjoyed the benefits from their balancing maybe too much? Are those in Holyrood also happy as it makes their argument for Independence easier?

Brexit is being called out by the public. There is momentum and it could just shift the balance in 2023 if our politicians were brave enough to speak this truth. I’m so angry with Labour for not standing up and taking this stance, they’re happy it would seem with taking back control of a country heading in the wrong direction. Truth sometimes highlights our own weaknesses and it’s a bitter medicine many don’t like to take. If you’re brave enough it can make you stronger.

In the restaurants 2022 gave us a year of extremes as well. Missed opportunities were purely down to resources and consumer confidence that was slow at the start of the year when we were still in the thick of Covid restrictions. Staffing challenges were a huge pressure. Supply chain challenges especially for equipment and repairs was a nightmare. Price increases have been extreme from basic raw ingredients to utility charges. Our balancing feels like we’re standing on one leg on a tightrope. Our safety net is you lovely people who have supported us and keep us steady. Thank you most sincerely. 2022 has also been a year for rebuilding our team and we’re so very proud of them. As Alina said to me the other day, “We’re surrounded by lovely people”, and it’s such a lovely place to be. We can’t do what we do without them. We get judged by every Tripadvisor, Google review and repeat visit that we so greatly appreciate.

2023 I think is going to be a year of learning. We’re never too old to learn. My girls have downloaded Duolingo to polish up our Italian. Eccellente! Rocco aka Victor and Carina need more walks and more fresh air, just like our politics. Negroni Sbagliato is the best Aperitivo ever. The Apple TV Series White Lotus 1 is brilliant. Series 2 is a bit creepy except for the seductive scenery of Taormina and Sicily that’s got me wanting to book a flight to Catania immediately. Knives Out Glass Onion is another cracker. Daniel Craig you’re good! My hot tip for 2023, is don’t wear your new Christmas slippers with a grip when making homemade pasta. You can break a rib (don’t ask). And while we can’t choose our family we can choose our friends. Choose wisely lovely people, especially if your name is Harold.

Our children and Rocco keep us very balanced, their generation’s jury is humbling while Nonna G adds beautifully to life’s Karma.

I’m judging nobody. Looking at our own performance is the best place to start.

Wishing you all health, happiness, fun and courage to be brave, whatever that means for you.