Contini Edinburgh // About // Blog // Pedestals to be used for saints only 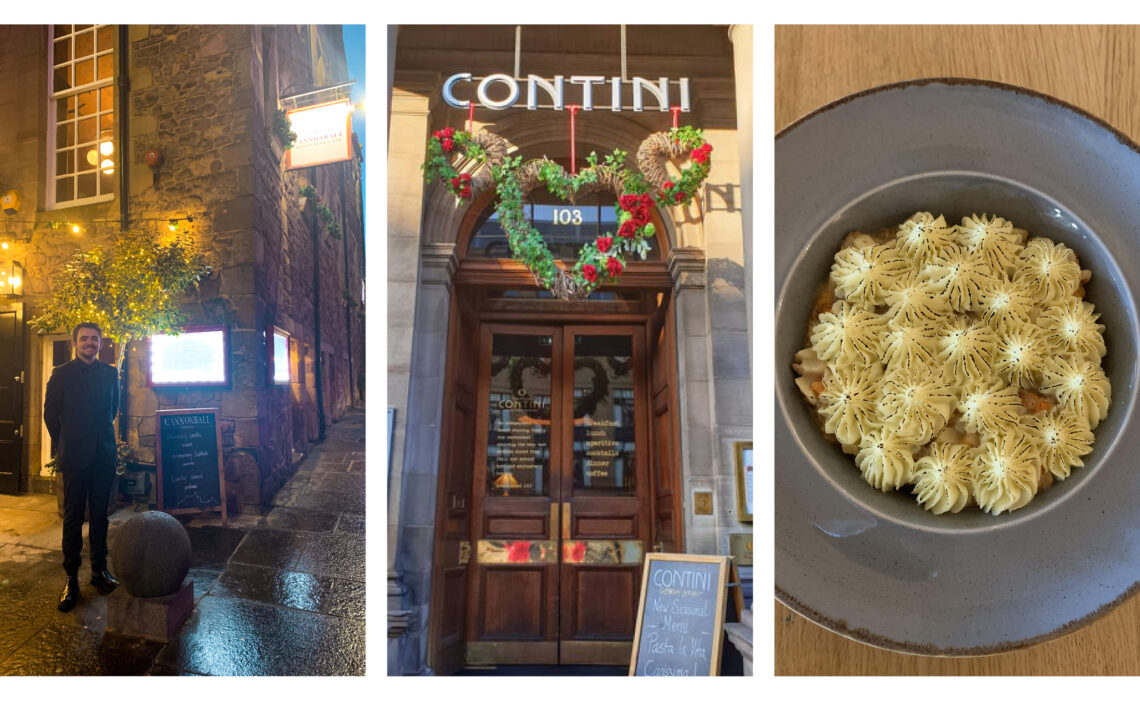 Pedestals to be used for saints only

I hope I have a tinge of humour, arising from the situations that we’ve been subjected to.   I’ve mocked mistakes in an attempt to understand or ration what’s been happening.  Are we past the point of laughing? How can we have a joke at the relentless and shocking revelations that keep coming from every corner.  Integrity, where has it gone? Maybe in the past we’ve put too many politicians and celebrities on a pedestal.  My father (maybe Martin Lewis and Billy Connoly) is the only one I have up there.  He’s been gone so long it’s the best place for him.  I still miss him, flaws and all.

Brexit is out in the open as the reason for the UK having us at the bottom of the growth table compared to our old partners. Kwarteng/Truss’ mini budget has reportedly cost the UK £74b.  Governor Bailey is predicting that inflation will fall to around 5.2% by the end of the year, which is a relief in part but still double what he needs it to be.  Recession pressures are thankfully looking less pressured.  Gas prices are falling but none of us will see the benefit. Interest rates may get nudged up slightly again next month and may peak at 4.5%.  Both points still disproportionately affecting some more than others.

More legal fees will be a big bonus for some with funds being used for the wrong problems again with Section 35 of the Scotland Act being used to block the new gender law in Scotland. It’s the first time it’s been used but was that not part of the democratic agreement that it could be used?  Polls are falling back to a more pro union position so let’s see where equality on both points ends up.

Victor and I decided not to take the 4th booster, largely due to time, we don’t think we will now. There is coverage that you have a greater chance of a heart attack than if you are unvaccinated.  I knew very few people that actually died of Covid, possibly thanks to the vaccinations, but I’m sadly hearing of many who have died with heart issues.  Tragic but is it a coincidence?

Zahawi, Chancellor for two months, is to pay £3.7m in tax (clearly small change) after  coincidentally failing to declare capital gains on overseas assets.  WHAT!  Boris Becker went to jail for less but what a performance from Andy Murray in the Australian Open. Almost 6 hrs of play with a metal hip and no toilet break.  We have rules that get broken and rules that should be broken. Not only has Andy got great ball skills, his bladder is world class.  He deserves his own pedestal.

We’re about to scrap 2400 EU laws, making it harder for the UK to trade with Europe and weakening 1000 environmental protections that are currently in place.  I can’t agree that taking back control is serving us well.

UK banks are more hesitant about lending to households than at any point since the Financial Crisis so Johnson had to get his £800k credit account from his cousin in Canada; Baroness Mone has lost millions of PPE money, possibly in Switzerland when skiing; Dame Gloag, charged with trafficking, her transport skills came in handy if it’s true.  At least the PM got fined for not wearing a seatbelt in the back of his protection car, while competing with Jeremy Hunt for social media likes. Our Rail Minister has admitted the UK government has spent more on fighting the strikes than it would have cost to settle the dispute that is still ongoing. The Oxfam report shows that 1% of the world amassed two thirds of new wealth created in the last two years.  Honestly what is going on?  Nothing to laugh about here.

Then it got worse, the Met’s David Carrick horrendous revelation highlighting some very bad apples.

I’ll raise your bad apples and say the whole barrel that frames us is rotten.

Have you watched The Menu with Ralph Fiennes?  Nonna G didn’t approve but daughter no 2, Victor and I think it’s brilliant.  Described as horror, thriller and comedy. The pressure of being put on the pedestal is too much. We love you chef, even if you’re crazy!  Human nature has great strength but also great weakness.  The pressure of the system that we’re so shackled to is unsustainable, maybe the next generation will get it right? On the surface our society talks about health and wellbeing and fairness but humanity doesn’t sit easily beside economic pressures, human ego or greed.   It’s time for a redefinition of values and integrity, nobody is perfect and we can’t expect our politicians to be either but we do need agreed fair accountability, for everyone.   We need a world with less horrors, some thrills and a lot more comedy.

Thank you as always, let’s laugh at the funny and have a pudding, you’re worth it. 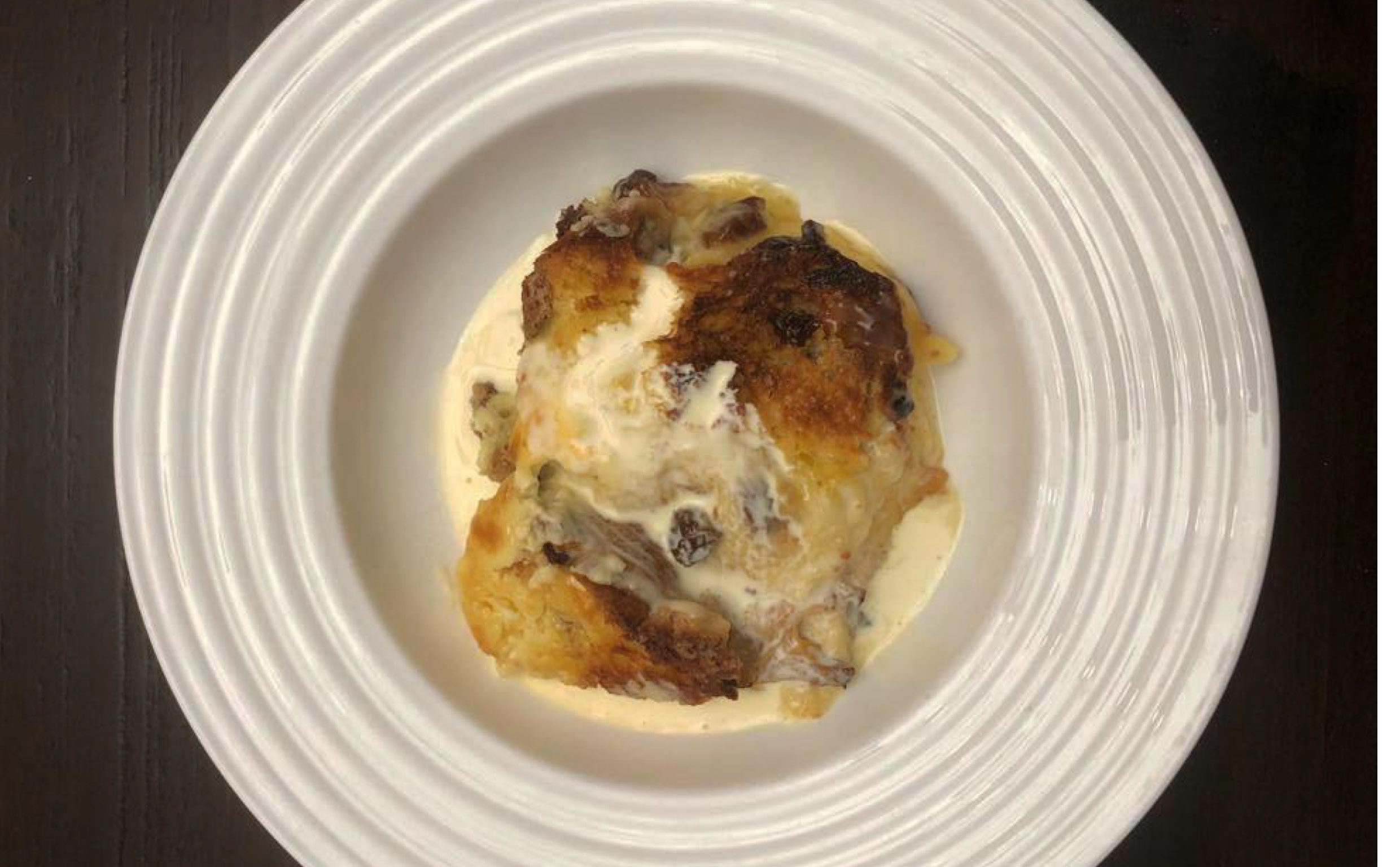 Our panettone sold out this year. It was the freshest, softest, totally moorish panettone we’ve ever had. If you have any left or got a present of one and you’ve not used it yet, here’s a recipe for you. Brioche works too.