Contini Edinburgh // About // Blog // From Lazio to Cockenzie: the making of a family restaurant 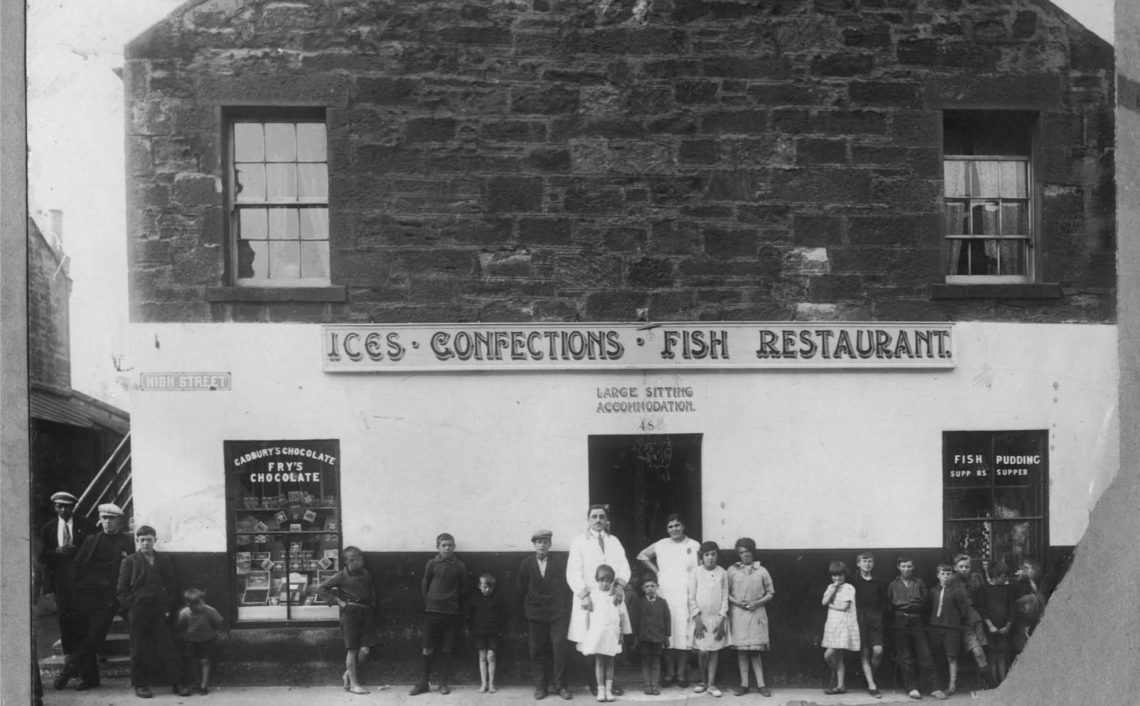 From Lazio to Cockenzie: the making of a family restaurant

Victor and Carina Contini are both third generation Italian Scots. They are also the owners of The Scottish Cafe & Restaurant which overlooks Princes Street Gardens in the Scottish National Gallery Complex. 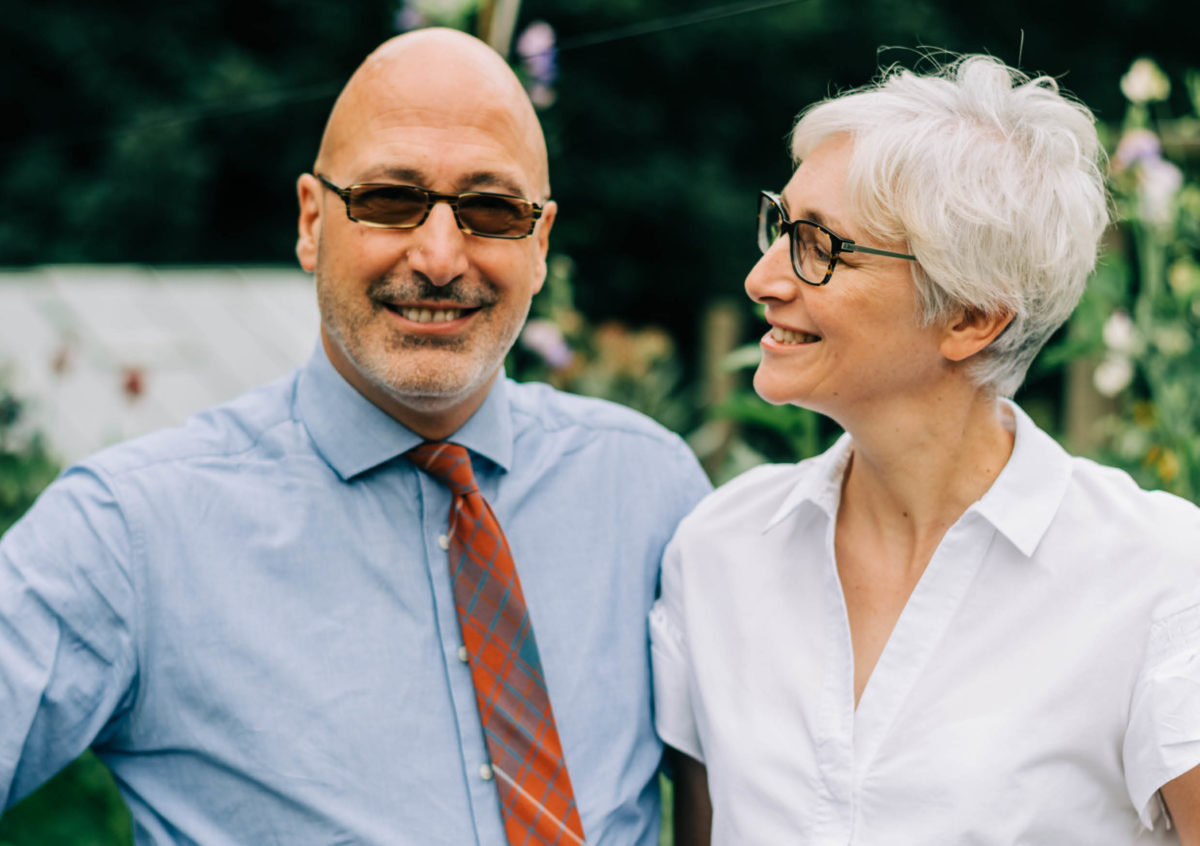 Victor’s family arrived in Edinburgh around 1912 and Carina’s family arrived in Cockenzie, a fishing village ten miles from Edinburgh in 1919. Their grandparents were great friends and lived close to each other in two tiny hamlets up in the Lazio mountains between Rome and Naples, but their journey here was a long and winding one.

Carina’s grandmother (Nonna to her nearest and dearest) was born in London as part of the first influx of Italian families coming to Britain in the late 1880s, but they returned to Italy due to increasing uncertainty in the run up to the First World War.

18-year-old Nonna seemed somewhat exotic when she arrived back in Italy, her accent and clothes marking her out as very different in the village in the mountains. She drew the attention of a young man, Cesidio. He was five years her senior and they fell in love. 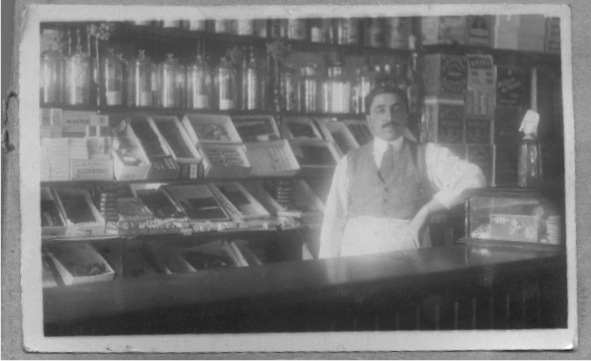 Meanwhile, Victor’s grandfather Alfonso had left Italy in 1914, settling in the Grassmarket and opening a shop on Easter Road. He was keen to bring his friends to Scotland. He wrote to Carina’s grandfather Cesidio and told him to come to Scotland: “the people are lovely; the food is good and the weather isn’t too bad!”

Around 1919, Carina’s grandmother’s family arrived in Scotland and settled in Cockenzie. It proved a smart move and generations of the family are still there today. Like so many Italian immigrant families at the time, ice cream and fish and chips were their livelihood. There wasn’t a village in Scotland that didn’t boast of an Italian cafe. It was a place to meet, have a coffee, a fish tea, or a knickerbocker glory.

In 1954, Carina’s parents took over the family business from her grandmother. They continued to make the most of local produce. They sold ice cream made with milk from the local dairy. Their fish and chips used fish sourced from Cockenzie harbour and potatoes picked from Ingles Farm, at the top of the road. All of which were fried in fat from a nearby pig farm, with salt from the pans in Prestonpans. 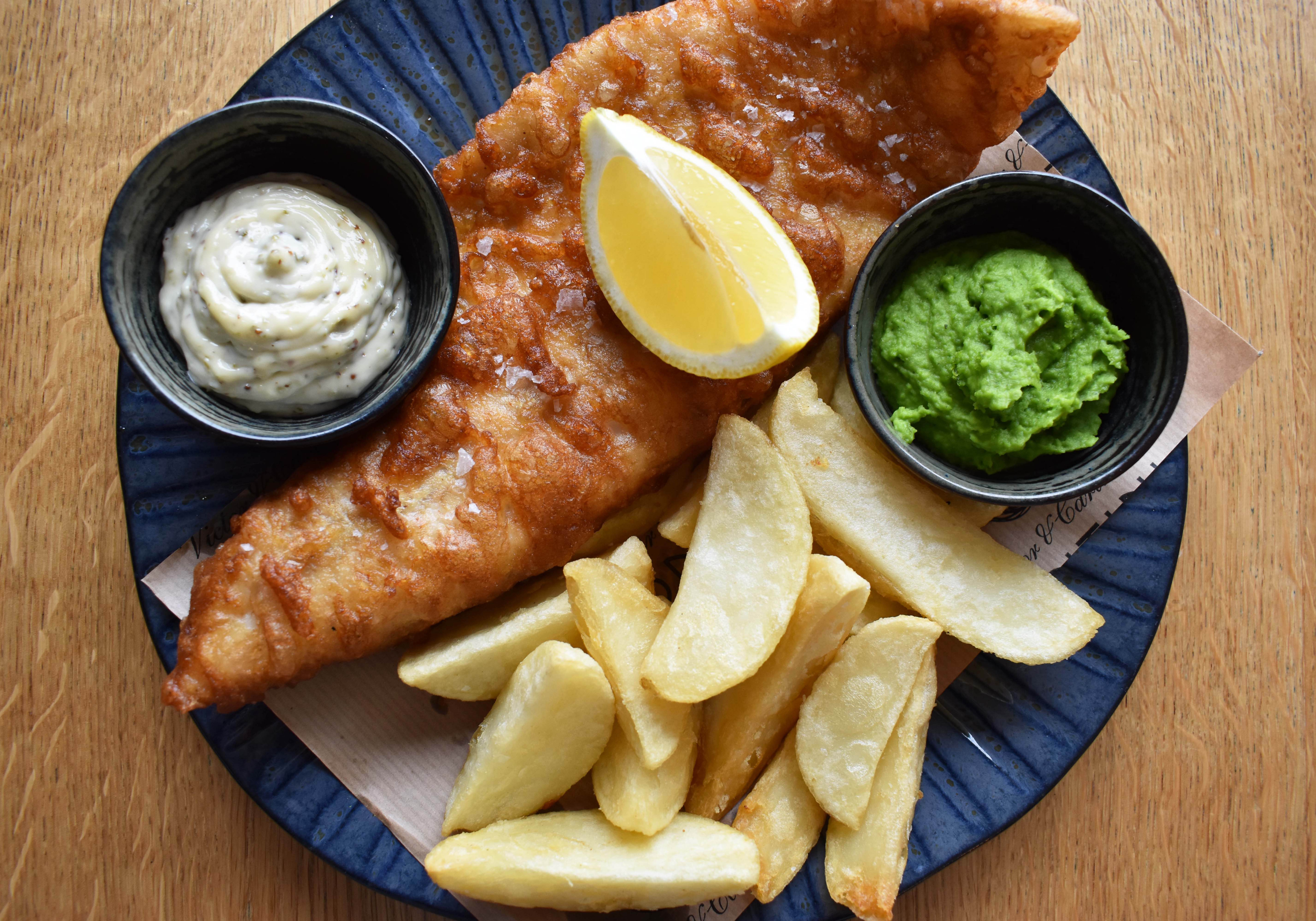 While Carina and Victor have spent the ensuing decades carving their own niche in the Scottish culinary world, these simple principles remain a cornerstone of what they do today: buying local and supporting local communities in the process.

While their connection with art may seem obvious now given their restaurant’s location, the link goes back further. A snapshot of this family story was captured in oils by another famous East Lothian resident: the artist John Bellany. 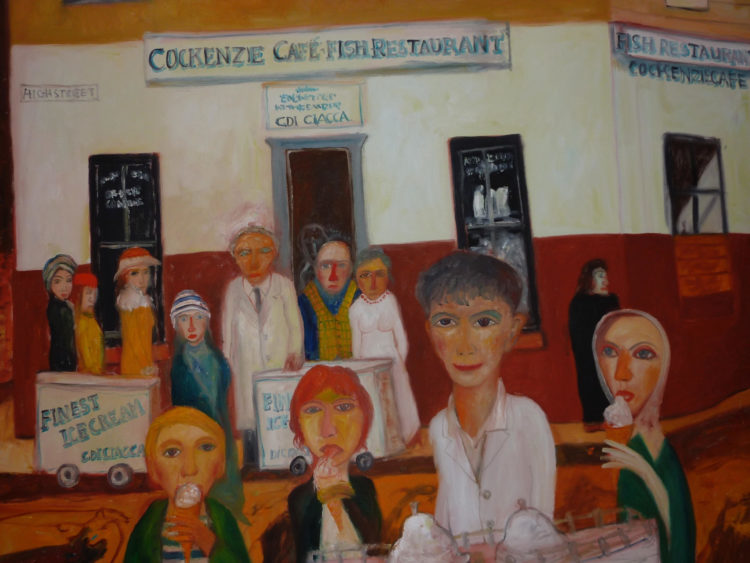 A native of Port Seton – John was a dear friend of Carina’s family. The painting, The Cockenzie Cafe, was commissioned by Carina’s eldest brother, named in memory of their grandfather Cesidio. It depicts a scene outside the family Cockenzie Cafe, Carina’s father, Johnny in his white apron surrounded by a clutch of family. Look closer to see the artist himself in the foreground, as a youngster, with a green stripy top, ice cream in hand.

A copy of the painting takes pride of place now on the back wall of Victor and Carina’s restaurant Contini George Street – a poignant reminder of a winding journey that continues today.

BOOK AN ESCAPE WHERE IT ALL STARTED

Cesidio, Carina’s brother, makes our olive oil and a wonderful wine called Nostalgia that is made with an indigenous grape variety from our region called Maturano.

Nestled in the hills of of the ancient village of Picinisco lies I Ciacca Winery, 600m above sea level, the 100% organic farm and vineyard makes the unmistakable Maturano IGT white wine from Lazio, Italy. They make organic EVOO and Honey too!

In addition they have fantastic holiday rentals located in the Centro Storico, but just a few steps from Piazza Capocci, Sotto Le Stelle offers modern, simple, refined comfort of a high level. The main building was originally constructed as part of the city walls over 1,000 years ago. Obviously remodelled over the years, it’s most recent total restoration was carried out in 2012. Piazza Capocci was described by DH Lawrence as the town’s drawing room and remains to this day a balcony over the Valley and a melting pot of visitors from around the world – who return to meet long lost relations, old friends or who have simply stumbled on this little Shangri La.