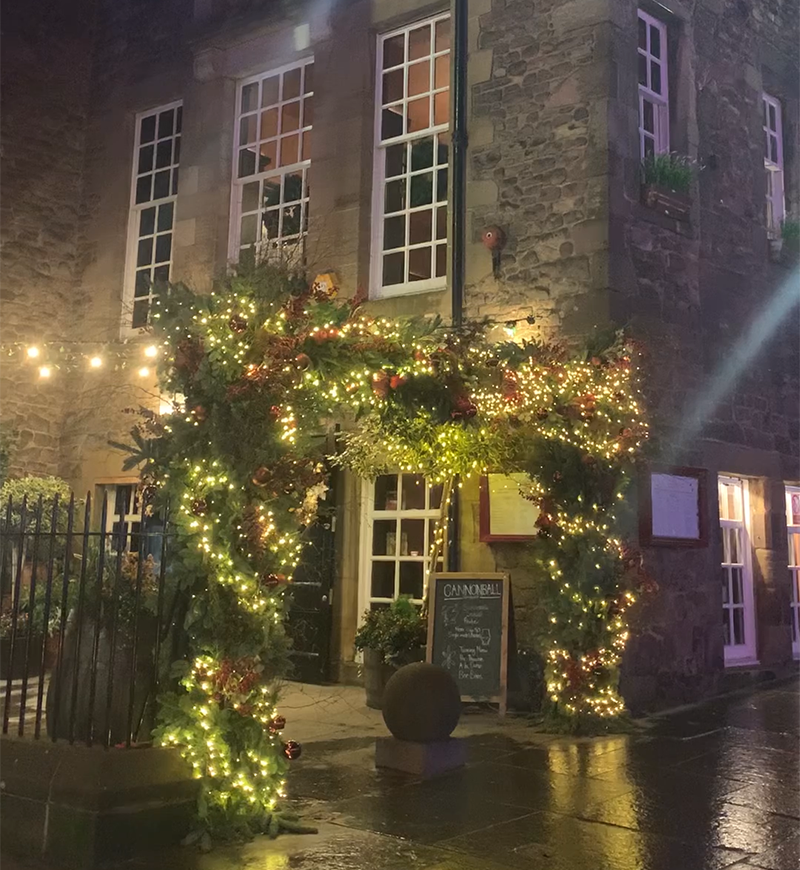 What does happiness mean for you?

For Nonna G it’s duck with orange sauce, dauphinoise potatoes followed by vanilla ice cream,
pineapple and hot chocolate sauce. The simple things in life she says. Luckily she has a concierge
team that can keep her in the manner she is accustomed to.

For Victor and I, like many of you, it’s knowing our children are safe and well and settled on their
path in life. That kind of happiness comes in steps. It doesn’t have a stop point.

One of our team raised happiness as a key driver for their employment. For them it was a priority
over financial reward. It’s a word we hear far more often than pre-pandemic. We’re looking at
adding it as a KPI but happiness has different definitions for all of us.

How does a business say it’s happy? A business is defined as making money by producing or
buying and selling products or services. In the old world, the definition would have been; solid
trading, stable team, happy customers, paying the bills and having enough to reinvest. With the
pressures and challenges facing every decision in today’s world this type of business happiness
monitor isn’t as easy to measure. With recruitment the biggest challenge, team happiness
inevitably now takes an even more leading role than ever. As a family business owner, we often
can’t separate our business happiness from our personal happiness. It’s something we need to be
more conscious of and work on.

How do we monitor a nation’s happiness? Based on the Supreme Court’s verdict on Wednesday,
some feel that will only be achieved for Scotland with Independence. Then individuals’ health and
wellbeing needs will be met and real happiness will be achieved. Brexit happiness was supposed
to be; take back our borders and regain our sovereignty. Doesn’t seem as if anyone got happiness
from that decision.

Telling someone who wants something they can’t have will make them even more determined to
get it. Scotland is a nation that can’t achieve statehood without the permission of another state.
For some this will be impossible to agree with and will do anything but make them happy.
This decision while legally binding, politically it’s not answering or solving the question. It’s only
going to be a distraction and some may say an excuse until it’s resolved more formally with a legal
public vote.

The polls are more and more supportive of re-joining Europe. On Independence they have been
split 50/50. Who’s happiness takes precedence? How do you balance or heal that gap for those
not getting what they want? The worst case scenario would be Scotland leaving the UK, then
what’s left of the UK, re-joins Europe. Highly unlikely, but many highly unlikely events have
happened before.

Labour is adamantly anti re-joining the EU or even re-joining the Customs Union or Single Market.
Maybe the Conservatives will change course first because they know it’s the only way that they will
have any chance of staying in power. They have always liked Switzerland, excellent skiing.
If the Scottish Parliament does not have the power to hold a Referendum, the SNP could collapse
Holyrood and call a snap election. A Scottish de facto election could send a very clear message of
national desire? Is this a risk the SNP are willing to take? Waiting for a UK general election, for
those members of the public whose happiness is solely focused on policy, presents a very
challenging question. My fear in delaying another Referendum, whatever the outcome, only
distracts us from the real problems.

What about last week’s other news, the Chancellor Autumn Statement. Much of the detail around
income tax, stamp duty and business rates isn’t relevant here in Scotland and we’ll need to wait to
see. Regardless, we will be able to feel the impact on the whole of the UK.

The markets seem to have stabilised as the free fall of Truss’s reign hasn’t been repeated.
Perhaps it was the medicine of the word recession. Nevertheless, pain is still sadly affecting
individual households and businesses. Worrying and something I can’t understand is why the
strategy is focused in this direction. The OBR expects unemployment to rise from 1.2 million to
1.7million. The focus on bringing down inflation, for sectors like ours, only acts to increase our
costs and force price rises. Which is surely counter productive. Raising the Living Wage, while we
absolutely agree it’s a good decision, doesn’t address the balancing of business models. For
hospitality where it has the biggest impact and where everything is already being squeezed so
tightly, it’s no wonder that restaurant insolvencies are now higher than pre-pandemic, not happy
news. This budget may be managing government debt, it’s not managing the debt of households
and businesses who are being penalised for the government’s mistakes. The risk for those who
can’t pay their debts is far more painful than for any government.

In Scotland there have been leaked reports of NHS leaders discussing contributions for those who
can afford to. Those most in need may be deterred from seeking treatment due to a risk of being
charged, possibly delaying treatment and causing further illness. Is there a happy answer to this
challenge? How about voluntary contributions? People leave tips in restaurants, what better place
to show your appreciation than through an NHS fund that you can choose to leave a thank you, if
you wish, anonymously so there is no guilt trip associated with it? Given how critical our health
system is, difficult choices may be forced on us regardless.

The evidence is clear that the reason the UK is performing less well than our counterparts is due to
Brexit. 37% of the electorate, equivalent to 26% of the population, determined our future. What
does the percentage need to be for Independence? Surely we’ve learnt our lesson that such a
small margin doesn’t feel good in the end. The majority will be happy, but only if the majority is big
enough.

Living Wage is increasing from 1st April 2023. We’re going to start phasing this in from 21st
December. Thankfully, as we’re on a variable tariff, we’ve seen our utility charges coming down
slightly, which made us smile a little. The hospitality sector is still lobbying for a VAT reduction and
for the Scottish Government to mirror Westminster with rates support. It’s hard for some
businesses to be happy with these challenges. Someone calculated the current CEO to workers
pay gap is now 351 – 1. This isn’t a hospitality model, what sectors work to these differentials?
The Living Wage conversation is only addressing one end of the problem and without the other end
being reviewed many of the real issues will never get fixed. Do any of us need 351 times more
than another? Maybe it makes some people happy? Everything is relative. Victor and I do enjoy
duck, once every few months is enough, moderation is also a healthy form of happiness.

Keep well and keep happy. If you’re not happy, we can work on it together.