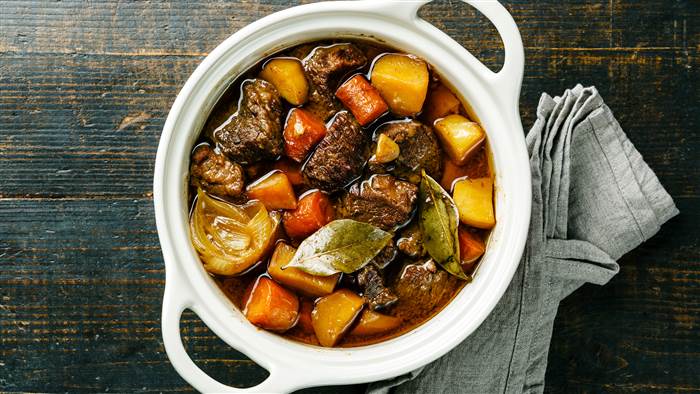 Monday 13th March will go down in my memories as one of the craziest days of my life!

What are the chances of being asked by NBC Today to cook on live TV to be broadcast in America at 9am prime time? Awesome!

I heard the word “awesome” more times yesterday than in the Lego movie. Totally awesome.

So the email came in on Friday from lovely Fiona at Taste Communications.

Another chef couldn’t make it due to family commitments and they needed someone to step in on Monday and cook.  They’d seen some of my videos and thought I might be good. Monday is an office day for me so if there is a day in the week I’d happily give up paperwork for cooking, Monday is that day. Awesome.

So, after a meeting with the producer on Friday and lots of emails flying back and forth, I set out at 6am on Monday morning, ready to cook.

The team had frantically called all the suppliers to get the stock (boys and girls you are awesome!)

Maybe it’s my Italian heritage, or because I was brought up between two harbours, but I always want to cook lobster or crayfish to showcase Scotland at its best.  I feel our fish and shellfish really is the best in the world: I’ve never tasted better anywhere.

Daddy always said it was because the waters around Scotland were just the right temperature, cold but not too cold.
But many are nervous about cooking shellfish at home, so we agreed on a beef and beer stew, oysters (I got the shellfish in there after all), smoked salmon, shortbread and rhubarb crumble.

It was hearty fayre and, given New York had one of the biggest blizzards for a decade on its way, probably very well suited to the audience. Suzanne (or, as I like to call her, Superwoman) joined me on our journey down to Duns Castle.  Wow – now that place is awesome.  What a stunning castle, in the most beautiful grounds. Miraculously, the sun was shining and it was glorious.

It was easy to see we had arrived in the right place.  Huge broadcasting vans, cameramen, crews, sound engineers – I’ve never seen so many people.  It was like walking into the set of a movie!

We were asked to enter in through the front door, very exciting: we felt like princesses for about two minutes. The enormous baronial style stone fireplace was crackling away, the family silver dressed the table, and candelabra adorned either end of a huge oak dining table. Looking out the windows to the front lawn, we could see about 20 kilted men in the midst of a tug-of-war, a few “beefies” tossing some cabers, and half-a-dozen highland dancers.

Just before my moment, there was a huge panic: they needed to do a haggis tasting. So out came the tin of haggis ( who knew haggis came in a tin?)  Surprisingly, the Americans didn’t like the haggis – no wonder.  The next time we need to come armed with some of Jo Findlay’s.

Seven hours after leaving the house came to my three minutes of fame.  I’ve really enjoyed doing the little bits of filming that I’ve done in the past.  And the more I’ve done, the more I’ve relaxed and tried to just have fun. This was a whole new experience: everyone firing instructions left, right and centre, all extremely animated. The only word to describe it… awesome. What a fantastic experience.

Here’s the clip, have a laugh at the Italians that didn’t make it to America…