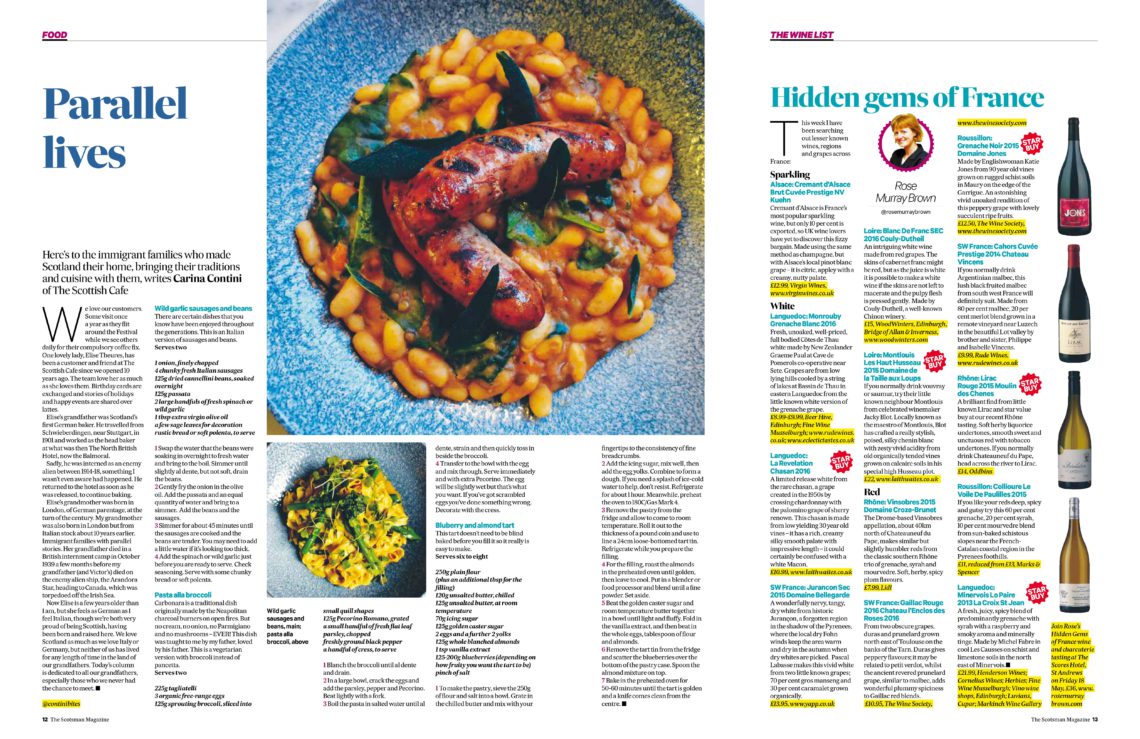 We love our customers. They can visit once a year on a flying festival flurry in August or once a day for their compulsory coffee fix. One lovely lady, Elise Theures has been a customer and a
friend at The Scottish Cafe almost since we opened 10 years ago. The team love her as much as she loves them. Birthday cards exchange hands and shared stories of holidays and happy times
pass between the lattes. From time to time I’ll have a little extra chat. You know me I’m usually on a mission so no time to talk.

Elise’s grandfather was Scotland’s first German baker. Who would have known. He traveled from Schwieberdingen, near Stuttgart, in 1901 and worked as the head baker at what was then The
North British, now the Balmoral. Sadly he was interned as an enemy alien between 1914 -18 something I wasn’t even aware had happened. I had assumed this only happened during the second world war when Hitler declared war on Britain. He returned to the hotel as soon as he was released to continue baking.

Elise’s grandmother was born in London of German parentage at the turn of the century. My grandmother was also born in London but from Italian stock about 10 years earlier. Immigrant
families with parallel stories. Strategically the grandfather died in a British interim camp in Oct 1939 a few months before my grandfather (and Victor’s) died on the Enemy Alien ship the Arandora Star heading to Canada that was torpedoed off the Irish Sea.

Now Elise is a few years older than I am…… but she feels as German as I feel Italian but we’re both very proud of being Scottish having been born and raised here. We love Scotland as much
as we love Italy but neither of us have lived for any length of time in the land of our grandfathers.

Today’s column is a dedication to all our grandfathers, especially those who we never had the chance to meet.

There are certain dishes that you know have been enjoyed throughout the generations. This is an
Italian version of sausages and beans. 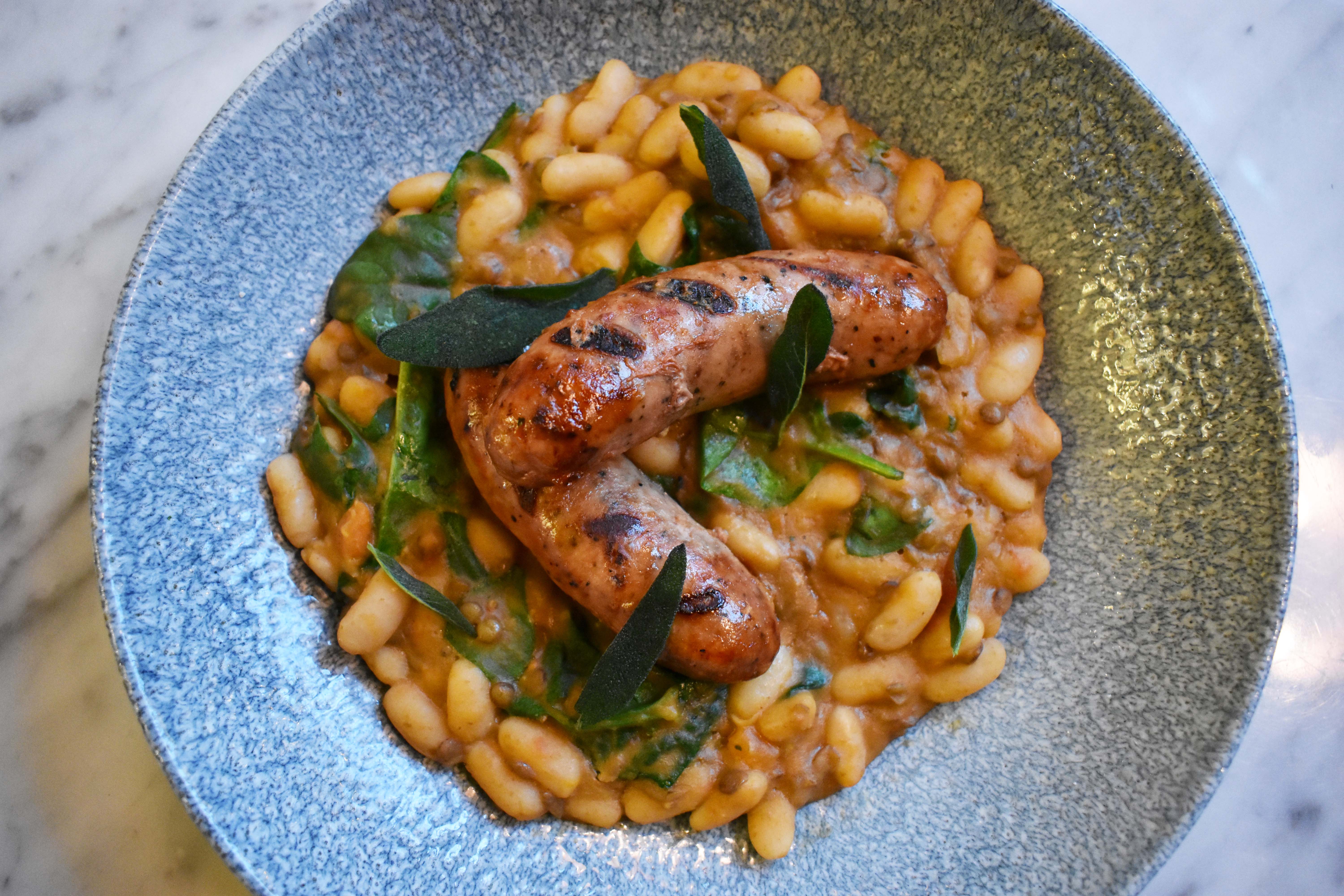 1 onion finely chopped
4 chunky fresh Italian sausages
125g of dried cannellini beans, soaked overnight
125g passata
2 large handfuls of fresh spinach or wild garlic
1 tablespoon of extra virgin olive oil
Few sage leaves for decoration
1. Change the water that the beans were soaking in and bring to the boil and simmer until
slightly al dente, but not soft, drain the beans
2. Gently fry the onion in the olive oil
3. Add the tomato and equal quantity of water and bring to a simmer
4. Add the beans and the sausages
5. Simmer for about 45 mins until the sausages are cooked and the beans are tender.
6. You may need to add a little water if it’s looking too thick
7. Add the spinach or wild garlic just before you are ready to serve
8. Check seasoning
9. Serve with some chunky bread or soft polenta.

Carbonara is traditional dish originally made by the Neapolitan charcoal burners on open fires.
Note: no cream, no onion, no Parmigiano and no mushrooms – EVER! Taught to me by my father, loved by his father. This is a vegetarian version with broccoli instead of pancetta.

1. Blanch the broccoli until al dente and drain.
2. In a large bowl crack the eggs and add the parsley, pepper and Pecorino, beat lightly with a fork
3. Boil the pasta in salted water until al dente, strain and then quickly toss in beside the broccoli then transfer to the bowl with the egg and mix through
4. Serve immediately. The egg will be slightly wet but that’s what you want. If you’ve got scrambled eggs you’ve done something wrong.
Serve with extra pecorino