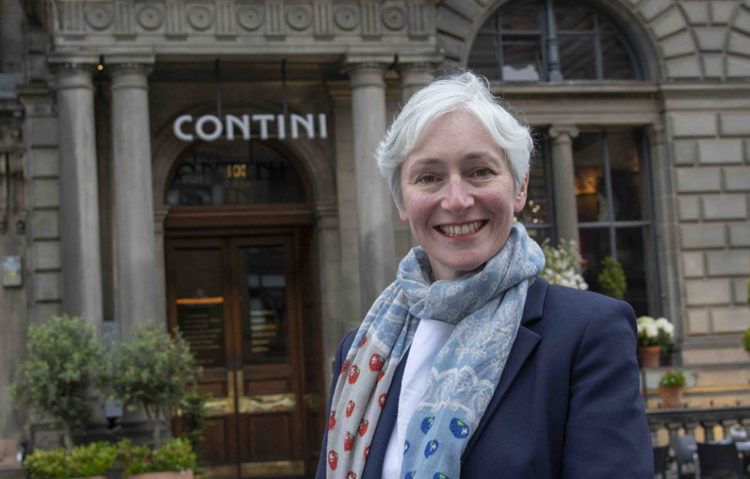 We are delighted to announce that Countryside education charity the Royal Highland Education Trust (RHET) have appointed Carina Contini as their first official Ambassador.

Carina commented “It’s a great honour to have been selected as RHET’s first official Ambassador. I think it’s more important than ever that our young people understand more about where their food comes from, so I’m a big supporter of RHET’s mission to bring farming, the working countryside and its practices to life for young people. “Not only is this the 20th anniversary of RHET, but it’s also the 100th anniversary of our family’s arrival in Scotland from Lazio in Italy. As third generation Italian Scots, we continue to champion independent family businesses in Scotland and still buy from some of the producers our grandparents worked with. We also stay true to our Italian Scots roots and maintain tradition and authenticity as part of our food-centric philosophy to attract custom and tourism to the local area. Across our three Edinburgh restaurants, we dedicate a huge amount of time to sourcing produce direct from the very best suppliers from across Scotland, with 90 per cent of our ingredients coming from more than 70 trusted Scottish artisan producers. The success of our business is owed to the continued efforts of our outstanding team, suppliers and partners.”

“Carina is a perfect fit for RHET and the extensive work the charity undertakes on food and farming education. Over the last 20 years, RHET services have grown to meet the needs of teachers from all over Scotland. Annually we arrange farm visits for over 17,000 school children of all ages and work with partners to deliver cooking sessions in schools to bring the farm to fork story to life. We are delighted Carina will be working with us, attending some of our event including visiting our Discovery Centre Scotch Kitchen cookery theatre and scone baking later on this month.” commented Katrina Barclay, RHET executive officer.

Carina is a leading voice in the Scottish food and restaurant space. She has regular food columns in the Scotsman, Herald and Daily Record. Earlier this year, Carina was also selected to represent Scotland at the Great British Family Business conference in London, where she championed independent, family-run restaurants in front of an UK-wide audience of over 200 industry professionals. Carina’s own views and approach to eating healthily, sourcing local food and educating children to cook and understand where food comes from, align closely with the RHET
mission.

The announcement was marked by Chairman RHET bringing the fully branded Tractor and Trailer which he will be driving around Scotland during the next 6 days. In doing so, raising funds and awareness of the work RHET volunteer farmers and growers are doing on behalf of the award winning charity. George Lawrie, Chairman of the RHET board pictured with Countryside education charity the Royal Highland Education  trust (RHET) has secured its first ever Ambassador in the form of successful Edinburgh business woman, restaurateur and food writer, Carina Contini.

Starting on 12th June, George will be visiting 12 schools across Scotland, from Jedburgh to Fochabers, before arriving back to Edinburgh in time for the Royal Highland Show on the 20th June.
George is also aiming to raise £6000 for the charity that provides free school visits, teacher resources and classroom speakers and is asking parents to support by donating on the Tractor Tour JustGiving page.

Sponsors supporting the Tractor Tour include farm machinery dealer the Hamilton Ross Group that have supplied the Massey Ferguson tractor from their Reekie Ltd Perth depot, Allison Enterprises and the Binn Group, both of Glenfarg, that are supplying a trailer for the ‘cow’ which was sculpted by Ken Paxton at ArtFe using recycled farm metal collected from Scottish farms. The cow will be auctioned later in the year at an event to mark the 20th anniversary of the charity.