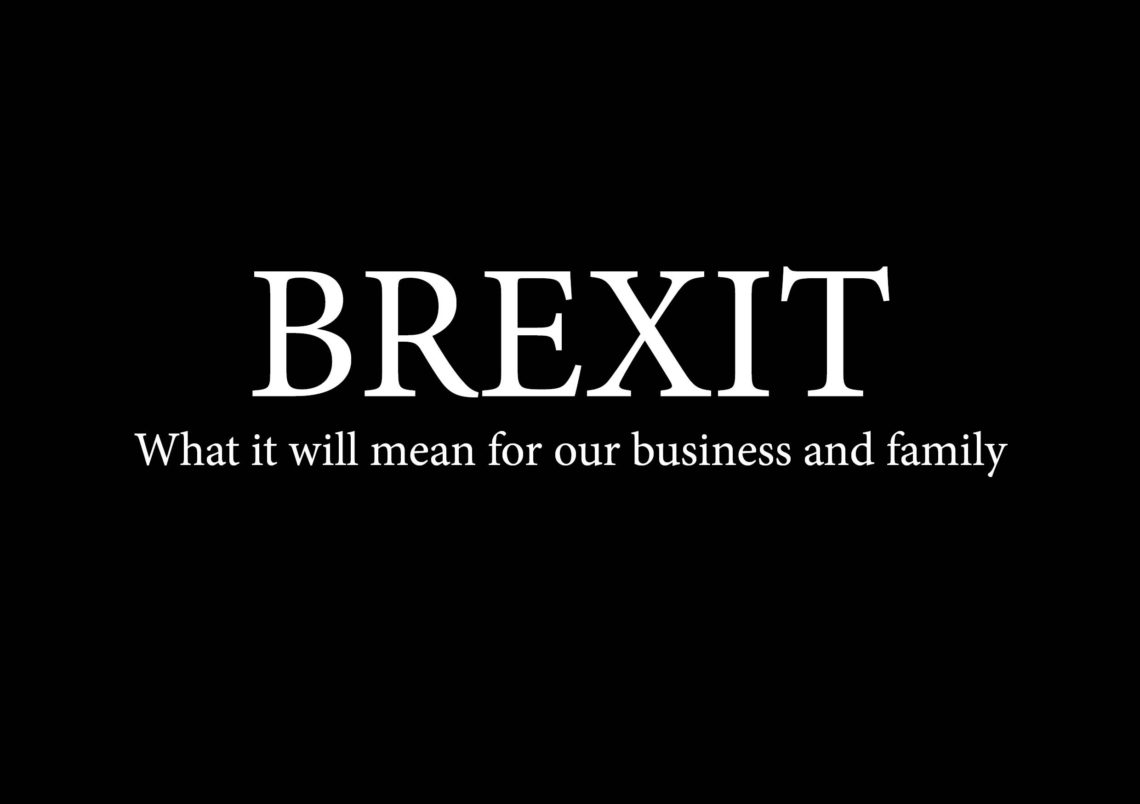 Brexit – What does it mean for our business

It’s almost 4 years since the Referendum to leave the European Union.  How did we ever get ourselves into this mess.  So much time, and money wasted to go nowhere.

Many, even if they voted Remain, say we just need to accept the result and get on with it.  I’m not convinced.  But what can we do?  With less than 4 weeks before we leave our biggest trading partner we are no further informed today than we were on 24th June 2016 when the results were announced.  The risk of a no deal Brexit on top of Covid is close to criminal.

What does it mean for our business?

What does it mean for our family?

Who’s idea was it, we left Europe?

Running a business there are times when you have to say no.  A previous good choice, if circumstances change, may not be the best choice now.  The right thing to do is question the decision?  A  very wise old man once told me, “You can always change your mind”.

If I had a choice I’d at least say let’s delay Brexit, or any other big decision, until after the pandemic.  For Brexit sadly that’s not going to happen.

We don’t know what we had until we lose it.  I hope we don’t lose even more by the end.  I do feel there will be many, who chose Brexit, that will suffer more than they may have bargained for.

Will leaving one club mean we have to leave another to re-join the first?  Seems like a lot of moving to only go backwards, for the present at least.