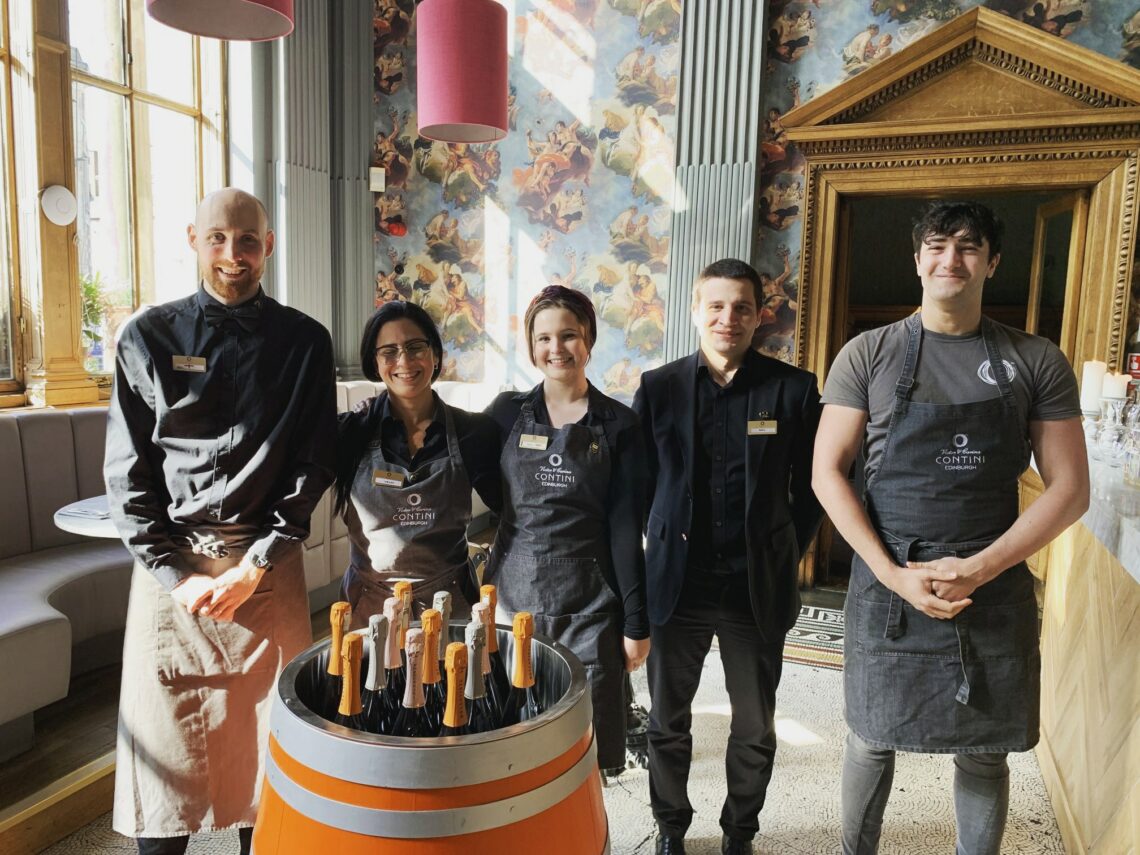 (Thankfully I’ve never said “ladies and gentlemen” as that could be offensive if I was working in the House of Commons.  I’ve been hit by a gust of wind and my eyes won’t close.)

Who was up at the crack of dawn washing their faces in the May dew on Arthurs Seat?  It’s definitely very windy up there. I have a basic instinct to think it might be a good idea.  With two years of mask wearing, my skin definitely needs a breath of fresh air and a splash of something.

5 May we have the local elections. I’ve cast my vote. Not everyone in our household voted the same way. At 93 it seems that habits die hard.

One of my biggest awakenings since I’ve started writing these missives is how partisan people can be.  Many just don’t like questioning, or criticising, our politicians and more importantly our governments?  This applies north and south of the border.

Growing up I knew exactly which football team my family supported but although I suspected the political party allegiance, it was never discussed. I wish it had been. I can understand supporting a national squad or a local sports team but I can’t understand supporting a political party, exclusively.  Preferences yes but not at any cost. Maybe, for some, there is an element of better the devil. Maybe, politicians and governments should have TripAdvisor pages. I would love to read the reviews.

The Angela Rayner dress code coverage has been another discussion.  Her skirt in the 1960’s would have been classed, based on some photos of  Nonna G, as frumpy never mind Sharon Stone provocative. I’ve got a theory. It wasn’t a man who leaked this, it was a woman who was jealous of the legs. Or maybe the man that leaked it, wife does not have such nice legs? Joking! Either way it’s of no interest or relevance to Ms Rayners capabilities of doing her job. Would a kilt have caused the same discussion? Is this a gender or class issue or both. I’m saddened to see that Partygate is waltzing across the floor of the Commons.  What’s the old saying, let he/she/they who is without sin cast the first stone.

Hospitality is still in a challenging recruitment environment.  In April 2019 we had 82 team working about 30% more hours than the 111 team we now have in April 2022.  We are still actively recruiting for around 20 full time positions to get us back up to full speed.

“Working” has a whole new meaning post Covid for many. We’re discussing every day what we can do to make work more attractive. It’s not just pay. With record vacancies, making the workplace as accessible and as flexible as possible has never been more necessary. We’re easing our dress code rather than trying to restrict it.  I close my eyes to nail polish and piercings. To me it’s as crazy as having a puppy in the house, I never thought it would happen.

The business community is far more relaxed in their dress code too. Suits are no longer the Where’s Wally attire that it once was. It’s been years since I’ve forced my feet into high heels meeting the gender stereotype. Clothes, class and gender don’t matter. Confession alert. I do love when Victor wears his jacket.  He secretly likes covering his tummy. When your closest thing to a date is coming to work with your husband, the jacket makes me think he might surprise me with a sneaky lunch at any opportunity… It’s our 28th wedding anniversary tomorrow. I live in hope.

Clothes can emphasise class. The service sector has a label of being the servant sector which makes it more unattractive for many. Managing the public and making beautiful food and drinks require great skills and we value the people that are committed to delivering this. We want our team to wear their uniforms with pride. Maybe the next generation will ask that we stop wearing uniforms altogether, time will tell.

A few years ago Victor took me to La Scala Milan Opera performing La Boheme at the Edinburgh Festival. The cast were all dressed in 1980’s shell suits. It made you look at class and poverty in a whole new light. It was probably the most emotional performance I’ve ever experienced.  When will we ever be able to look beyond looks?

In New Zealand, PM Arden has been found guilty by the court to have broken the law by decreeing lockdowns without due process and violating citizen’s rights.

Reading the High Court has ruled that the government broke the law by failing to protect care home residents during the Pandemic must be heart-breaking for the families that lost loved ones and who were stopped from seeing family and friends due to restrictions.

The evidence is clear that lockdowns, while protecting a part of the community, long term have disadvantaged another part.  Maybe we should have relied more on our basic instincts after all?

With £44 billion being spent for a social media platform that we all supply the content to them for free, maybe something has got stuck in everyone’s eye that this is where we see value. Fascinating.

Keep well and keep strong. Thank you as always.